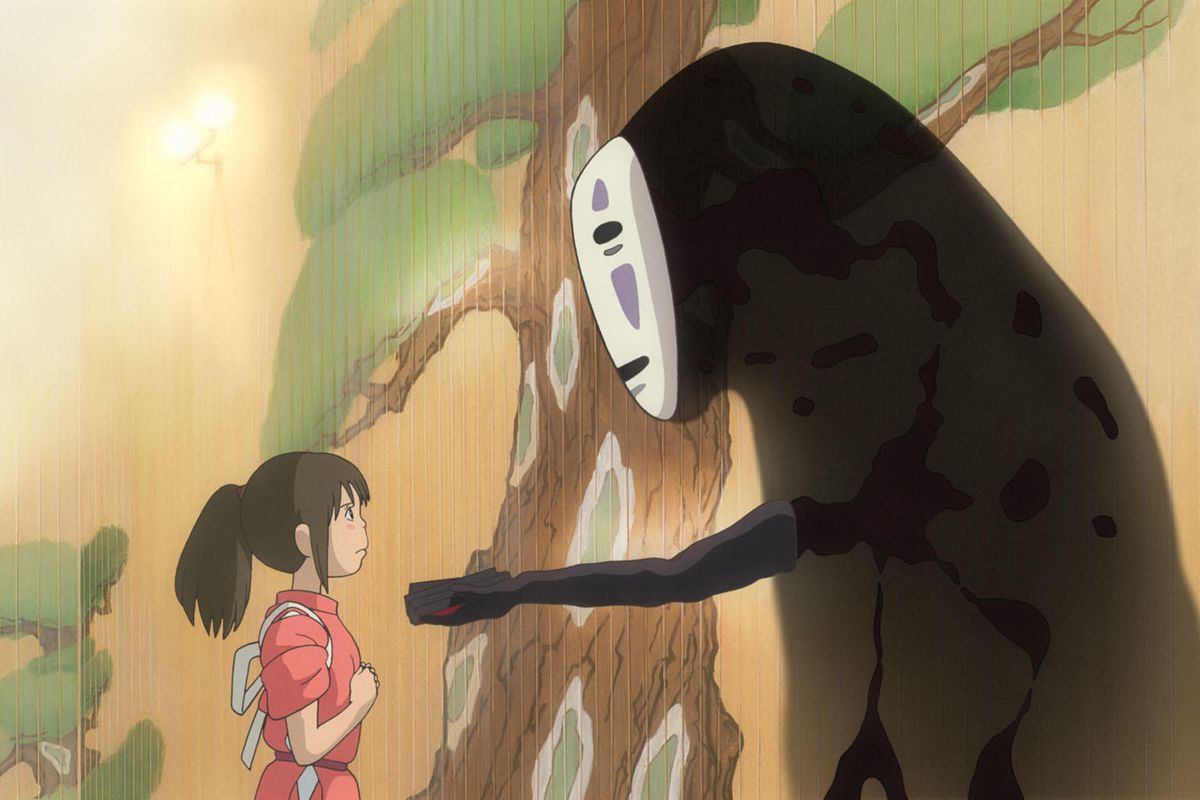 Studio Ghibli is a Japanese animation company that peaked in 2004. They are known for their sensational films like ‘My Neighbour Totoro’, ‘Howl’s Moving Castle’ and ‘Spirited Away. These films easily find a place in the hearts of the viewers and are often referred to as ‘comfort movies’, but what exactly is it that has made Studio Ghibli’s films so unique and touching that they can’t be compared to Disney or Dreamworks animations?

To tell an interesting story one must craft an enchanting world in which it will be set in, this is called world-building. Ghibli has made use of ‘immersive realism’ in order to tell their tale in a believable manner. Take for example, ‘Howl’s moving castle’ is set in a fantastical world completely different from ours. Witches, wizards, spirits, and curses are normalized in this world. To the viewer, this concept would take time to set in and be accepted. But Hayao Miyazaki, Studio Ghibli’s lead animator, and the director make it easier to grasp by setting laws in the world – the powers of the sorcerers are limited, we see the excessive use of magic takes a toll on the spellcaster, simply even the creation of normal jobs, such as a miller and baker, helps create a social hierarchy in the fantasy world which is similar to our reality and lastly the popular method of applying science and laws of physics, which can be observed in the coal-powered trains.

Through their masterful animation and storytelling, the viewers are drawn in and we buy into the world that has been created. They have made the lie real but wrapped it around elements of the real world. We accept a different dystopian reality for it contains a reminiscence of our own.

“Anime may depict fictional worlds, but I nonetheless believe that at its core it must have a certain realism. Even if the world depicted is a lie, the trick is to make it seem as real as possible. Stated another way, the animator must fabricate a lie that seems so real viewers will think the world depicted might possibly exist.” – Hayao Miyazaki

In this scene we see Chiro (Spirited Away) putting on her shoes. This scene could have easily been animated and been done with by having her just put on her shoes and run away but instead we see that she makes sure her shoes are tight and snug, taps her feet twice against the floor, thanks to the dust bunnies and then runs off. Exactly what a ten-year-old would do. They have clearly studied and are able to showcase the emotions and mindset of the characters through their actions, which are animated by them. It shows up in the subtle actions of the characters, such as running. Every running loop had a motivation behind it which is displayed by the pace and steps the character takes; all the running scenes in ‘My Neighbour Totoro’ are frivolous, childish and show the joy of childhood meanwhile in ‘Grave of Fireflies’ (set in World War II), there is a sense of urgency and uncertainty in their strides. The animators keep in mind the motivations and emotions the character has to portray. In a way, it is the animators that are acting.

Another reason why Studio Ghibli films have made their way across the world would be their attention to detail. In the first look, we believe that the studio operates on simplicity. The characters are often drawing in a very minimalist fashion with just a line to show the indents of the nose and ear canal, hence we draw the conclusion that they work on the motto-simple is best. It’s a popular belief but it is incorrect. Ghibli does indeed draw its characters in a simple way but its backgrounds and backdrops are drawn with the utmost attention to detail and sometimes the characters can take a backseat as the scenes become something more than just backdrops, they become spectacles. The large, fleshed-out, massive, and fantastical scenes become the viewers’ first insight into the captivating world the films create. There is a heavy emphasis on scenery as it can portray what the characters cannot. The popular trend seen in Ghibli movies would be the inclusion of nature in their sets, like in ‘Princess Mononoke’ and ‘When Marnie was here’. Sometimes when we glance into a character’s room we see many objects and trinkets which are not interacted with but are seen by the viewer, some of these objects are covered with a layer of dust and others not, this provides an insight into their personality. In ‘Howl’s Moving Castle’ we see Howl’s room filled with magical objects which we can’t make much sense of but nevertheless take our breath away. In a case like this Howl manages to become the enigma in the room and stands out among the acutely detailed complex treasure which becomes the backdrop.

Lastly, a movie is not complete without music. Studio Ghibli has used one particular musician in all of their films: Joe Hisaishi. The use of this one musician becomes a case of audio-branding just like the art style of the characters becomes visual-branding. Although different from each other, they bear a slight resemblance to each other and can hence be identified into one brand. The soundtrack of these films is orchestral-based. Hisaishi makes the use of one key melody line which becomes the highlight of the score. This is similar to the classical composer Claude Debussy, an impressionist composer. Impressionist music breaks away from the traditional romantic style. It is all about suspending a moment of time on a canvas or in simpler terms it’s like one of those poems which you have to read over and over again to get the true meaning. Instead of having the music go in a certain direction, it flows in the space it is in, creating a calming effect. Hisaishi has merged traditional Japanese music and western classical music and created his own unique take. The audience is left with a powerful collective feeling with his orchestral accompaniment in the film. None of the scores have any vocals and hence allude that the music is interacting with the film itself rather than the audience. One of the most noticeable features in the film is the repetition of a certain key melody in various turning points in the film. But it won’t be the same each time, it will have variations in order to heighten the scene. Take ‘Castle in the Sky’ for instance, in the opening we have the score, ‘The girl who fell from the sky’ being played in a slow, sweet grand manner. Then it is repeated playfully in ‘Levitation crystal’, that is when our two main characters meet for the first time. It is then played solemnly by a single piano in ‘Confessions in the Moonlight’, where we see the two characters confide in each other their fear for what lies ahead. Lastly, it is sung with the lyrics in the credits scene. The music gives a voice to the animators to embrace the audience completely in the emotion they are trying to portray.

In all Studio Ghibli has done a wondrous job in creating films that transcend the idea of age rating and are rather based on the imaginative capabilities of the audience. Even though they are animated, casting an illusion that it is made for children, it is actually us who become a child when we watch the films. The deep metaphorical play in each scene and the music’s suspenseful build-up have provided a quality of elegance which only Ghibli has been able to maintain. Personally, I feel a recurring theme in all the films is love. Ghibli has constantly shown various kinds of love between characters be it familial love, platonic or romantic love. They highlight the gravity of love and its uniqueness. The world created in their movies is a safe space, a haven in which no emotion is childish or immature and no thought is dismissed. We discover that through the movies that love may seem irrational to the outside world but the only thing that matters is that love should makes sense among those who share it. Ghibli shows that despite it being paradoxical, love is purest when it’s raw.

The films of Studio Ghibli break our expectations of what animation is, leaving us vulnerable to its magic.

An electric India soon? No.

View all posts by Snehal Srivastava →