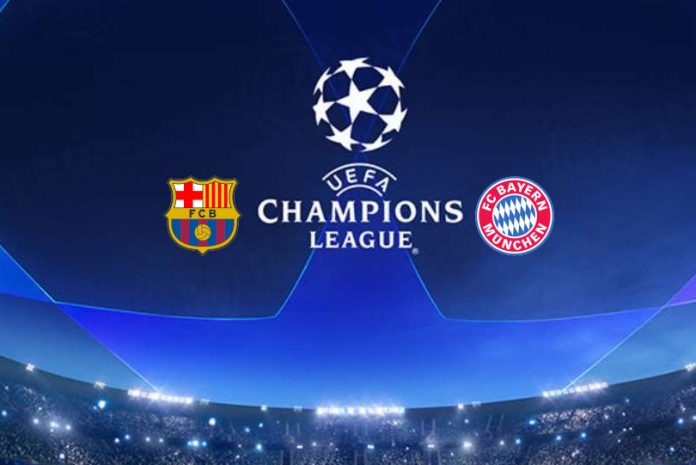 A pre-match with nothing out of the blue. A surprise inclusion of Ousmane Dembele in the Barca squad being the only exciting incident, maybe. But who needs an exciting pre-match when the match speaks for itself. Maybe a couple of years ago, the scoreline would have been closer, but the game that was witnessed was a shock for all three sets of fans – those supporting Barcelona, those supporting Bayern and those watching the match for the fun of it. I, for one, was watching it for the fun of it.

Everyone watching knew that it was a Bayern game when they opened the scoring in the third minute with a Thomas Muller goal, who was assisted by Lewandowski. Barcelona replied quickly with a counter-attack in the 7th minute and was lucky to see David Alaba put the ball past his own goalkeeper,  Manual Neuer. Ivan Perisic scored through a strong shot from a very tight angle to hand the lead back to Bayern. Six minutes later, Serge Gnabry wrestled past the Barcelona defenders to score a half-volley past Barca goalie, Marc-Andre ter Stegen to make it 3-1, the score I had predicted Bayern to win by. Unfortunately for my luck, Thomas Muller scored his second of the game just four minutes later through a Joshua Kimmich assist to make the score 4-1.

Unfortunately for Barcelona, they were starting the second half with a three-goal burden with them and till a certain point, it helped them focus. On the 57th minute, Luis Suarez scored a brilliant solo goal, dribbling past the Bayern defence.

As Barca fans saw a glimmer of hope, Bayern shunned their dreams almost immediately from a brilliant Alphonso Davies move, who assisted for Joshua Kimmich to make it 5-2. Warning – the video is not of the best quality.

As everyone geared up for the last 10 minutes of the game, expecting nothing much from either team, Bayern came through with more surprises. Lewandowski, the man of the moment, finally scored on the day to make it 6-2 on the day for Bayern and Barcelona loanee, Phillippe Coutinho scored two in the 85th and 89th minutes. If he wasn’t criticised enough, he also assisted Robert Lewandowski’s goal. Glimpses of his prime game were displayed for all to watch, judge, and more importantly, silence the criticism.

Maybe we all, deep inside know who the winner of the Champions League is going to be…

PSG vs Bayern: An Exciting Final, With No Goals😭