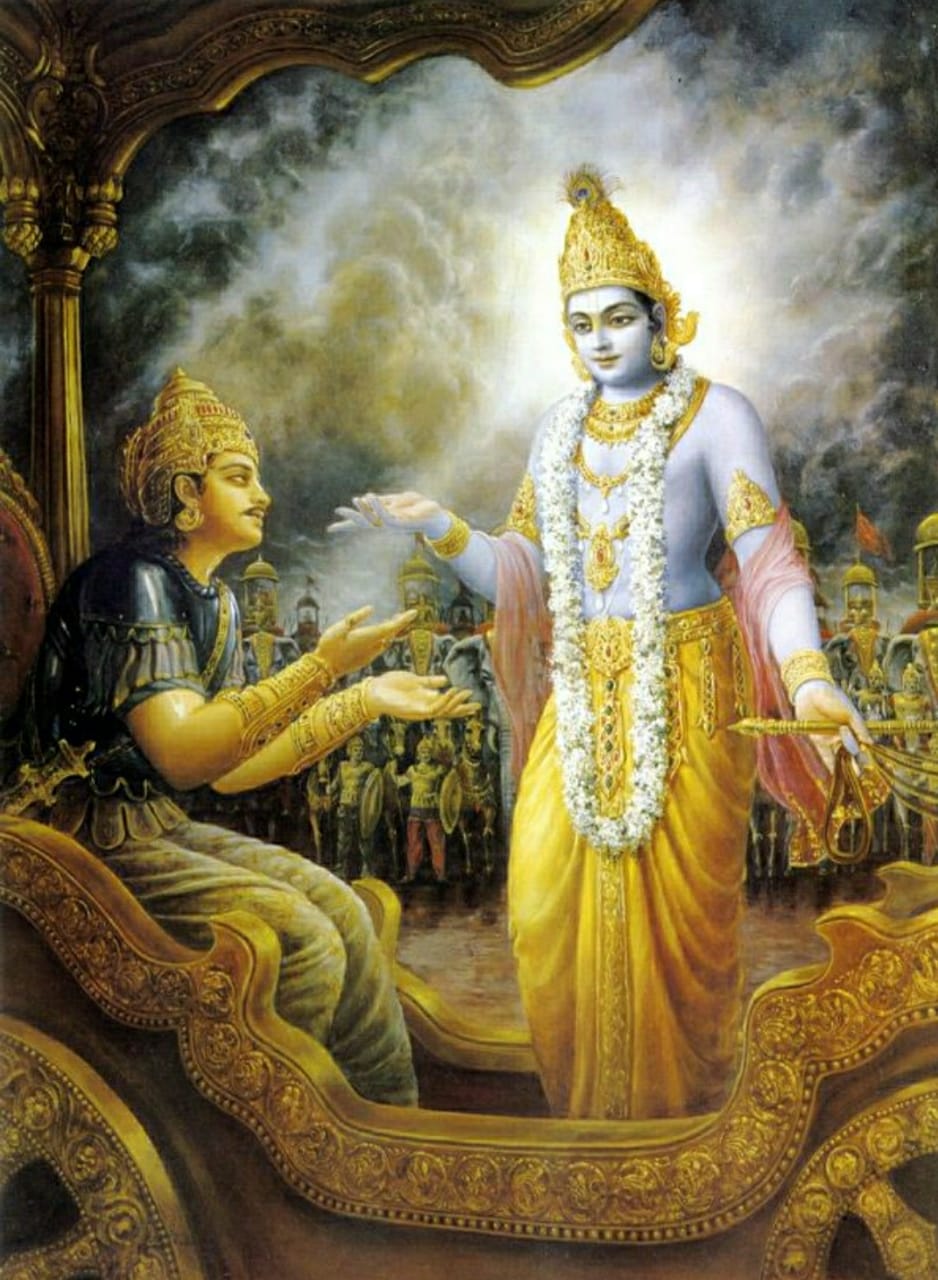 Disclaimer: The word dharma used in the passage doesn’t mean religion but it means the laws of nature and talks about the righteous behaviour of man. For more insight on dharma read the previous article which is entirely dedicated to dharma.

To understand this concept of change in dharma, let us take an example from Ramayana. When Ram emerged victorious over Ravana, and before Sita could return to Ram, she had to walk through fire to prove her purity and sanctity. This story seems absurd and Sita proving her purity seems unnecessary, but during the period of Ram, the Satyuga (which was 7000 years ago) the arrangement of society was different hence the dharma 7000 years ago was different, and Ram acted according to the dharma of that time. But now if someone does this then it would be adharma, as now the laws have changed. Hence with time, dharma also evolves. We need to keep in mind that though the dharma evolves, the foundation of dharma for humans will always remain the same, that is, rising above the jungle law. But the way of rising above the jungle law changes in each yuga. This evolution in dharma happens at a steady rate.

Dharma for some things remains constant always, like the dharma of fire to give heat and dharma of a river to flow. The bodies whose dharma remains a constant means that the body is never changing which means over time their properties remain unchanged; like water will always be H2O and the way fire burn now is the same as the way fire burned 7000 years ago and hence their dharma remain the same

This book of finite pages contains the philosophy of infinite meanings. The Gita establishes dharma in the Kaliyuga. If the way of Gita is understood then all agony and soreness of Kalyuga can be prevented. We are looking at our universe through the keyhole; with the science of philosophy of the Gita, we can get access to knowledge beyond the keyhole. The essence of the Gita is to make the individual see his role in the larger context, in the play of the cosmos.

In the Gita, the householder’s way of engagement with the environment is valued over the hermit’s way of detachment. This is because evil is caused in society not by those who do evil, but by those who don’t act over it. Even Krishna, who narrates the Gita, is a householder unlike Shiva the hermit. Some say, asking questions about religion and God is prohibited and is wrong. But the whole book of Gita is based on questions asked by Arjun and the divine answers given by Krishna, hence it encourages us to ask questions. Limited we are by our body, but our mind has the power to know about the limitless Krishna.

The Gita speaks about the ways of the householder. Krishna describes the human body as a city with 9 gates, which are: two eyes, two ears, two nostrils, one mouth, one genital and one anus. A household mainly includes two people hence a total of 18 gates, and these are the total number of chapters in the Gita, indicating that the Bhagavata philosophy is for the householder. The main ideas in the Gita are about Karma yoga, Bhakti yoga and Gyan yoga which are spread across 18 chapters. The power of the cognizance of the Gita is described in many stories, a famous story is about a hermit who would burn birds with the power of fiery glance of his eyes if they accidentally dropped excrements on him while he was meditating. But when he heard the discourse of the Gita from a butcher, it moved him so much that he went back to his old parents whom he had left a long time ago. This story indicates that the Gita is based on the way of life of a householder and in the Gita; the way of a householder is given more importance than the life of a detached hermit.

One of the shortest and best summaries of Gita is given by Ramkrishna Paramhansa, the nineteenth-century Bengali saint. He deciphered the Gita by simply reversing the syllables of the word Gita, which gives us ta-gi or Tyagi, which means the one who lets go of his possessions. As mentioned before the Gita talks about the life of a householder, hence the Gita talks about how the interactions of the householder with the environment should be selfless and should have the feeling of Tyag.

These philosophies are scattered all over the Gita. To summarize the Gita and include all possible meanings is very hard because the Gita was narrated by the one with infinite eyes and we the ones with just two cannot understand the whole thing.

But to bring to you my perspective of the Gita, I am starting a series in which every week, I would give the summary of 2 chapters of the Gita.

28 thoughts on “A Foreword to The Gita”